If you are looking for a tourist destination in Rajasthan which offers a tranquil ambience, then Bundi might be an ideal place for you. Lying in the eastern segment of the state, Bundi is a blue city like Jodhpur. It houses a number of exquisitely decorated mansions, fortresses, and baoris or step wells. The uniqueness of this city makes it one of the top-rated tourist destinations in the state of Rajasthan. Far from the hustle and bustle of the city life, this scenic place is a traveler’s delight.

Nawal Sagar – This is a top tourist attraction in Bundi. Nawal Sagar is an artificial water body which has four sides and it lies at the heart of the city. It is huge in size and houses various tiny islets. There is a mandir which is devoted to Lord Varuna, who is the God of water according to Veda, the religious book of the Hindus. This place of worship remains half-submersed at the center of the lake. The water body works as a source of water for the various baoris in the old areas of Bundi through generating a non-natural water level.

Star Fort/Taragarh Fort – The Taragarh Fort is the largest fort in the area. This citadel was constructed at some point during the 14th century. The citadel also ranks among the most popular fortresses in the state. There is a decent picture gallery and many elaborate sculptures and constructions. This is the place from where the Bundi pattern of wall painting came into existence. There are a number of fortifications and the biggest among them is the Bhim Burj, the citadel which was constructed in the 16th century. There was a huge cannon on the Bhim Burj at one time, and this was specifically known as “Thunder from the Womb” or Garbh Gunjam. There are three reservoirs in the fort that never run out.

Bundi Palace – This palace lies atop the side or slope of a hill beside the Taragarh Fort. The Bundi Palace is famous for its plentiful conventional wall paintings and murals. You can visit the art gallery, also known as the Chitrashala in this mansion which remains open for the common people all the time.

Stepwells – There are 32 step wells in Bundi and they were utilized as a source of water. People used them to wash their clothes and drink water. The Mother Queen of Bundi, Rani Nathavatji, constructed them in the year 1699 and they were bestowed for the well-being of the residents. Rani Ji ki Baori is the most outstanding among all these step wells and you should see this. This step well is a perfect instance of the blend of Jain and Hindu architectural patterns. The depth is around 46 meters. Don’t miss the Nagar Sagar twin step wells.

Jait Sagar and Shikar Burj – Jait Sagar is a tiny lake close to Shikar Burj. It served the monarchs as a hunting site. At one time, Jait Sagar was known for its lotuses. You will also find a little garden known as Terrace Garden close to the lake.

So, Bundi is home to the baoris, which is a unique feature of Rajasthan. The Dabhai Kund, Sukh Mahal, and Phool Sagar are some other tourist draws that make it special also. 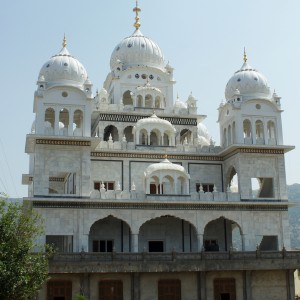